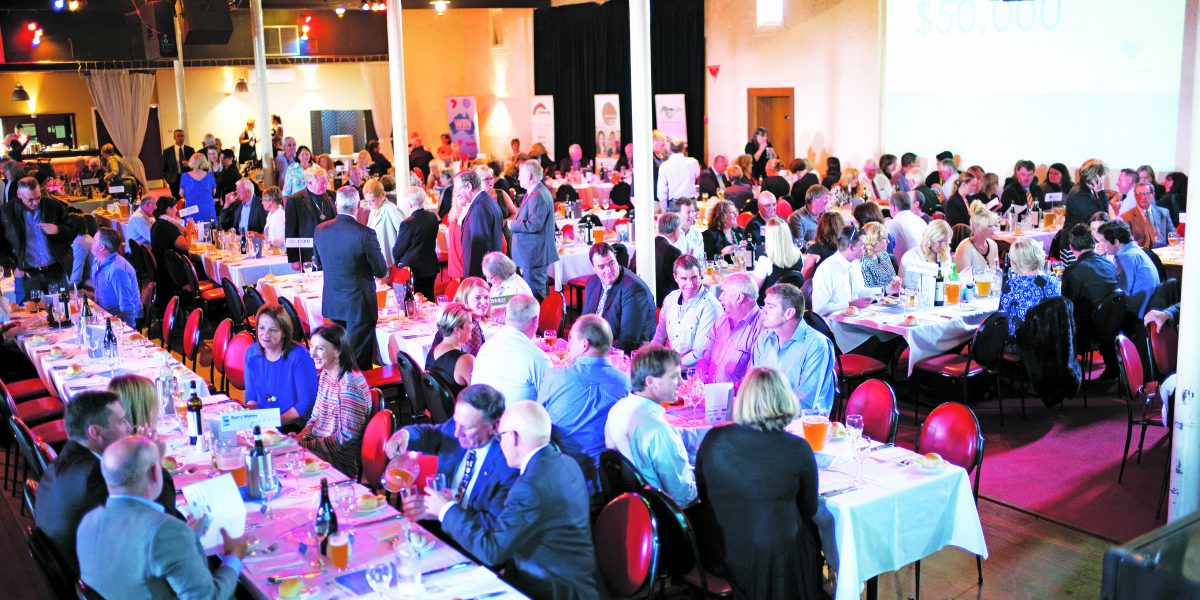 MAJOR regional fundraising event the Limestone Coast Support Homeless People Luncheon has been cancelled for 2022 after continual postponements since 2020 due to COVID-19 restrictions. Event committee chairman Barry Stafford said ongoing restrictions meant proceeding on the rescheduled date of April 8 this year was not practical due to uncertainties regarding venue capacity, interstate travel and potential isolation for participants if someone attended and later tested positive to COVID-19.

CONGRATULATIONS to the team behind Recycled Runway, which won the 2021 award for South Australian Community Event of the Year. Since its inception eight years ago, Recycled Runway has grown to become not only a key social event for the Mount Gambier community, but played an instrumental role in highlighting the important issue of textile waste, one of the largest contributors to landfill. It is also a wonderful annual fundraiser for ac.care, inspiring creativity and skills development across the community. Recycled Runway is an opportunity for people to showcase their fashion and sewing flair while demonstrating how this can be achieved using recycled items from the Anglican Bell Tower Op-Shop.

"We can all make a difference in the lives of those who are struggling, particularly when we come together," the late Barry Maney OAM

The late Mr Barry Maney OAM always had a great empathy for people struggling in our community.

It was after a meeting with ac.care early in 2011 and reading a front page article in The Border Watch that Mr Maney learnt of the high number of homeless people ac.care was helping. Funds were desperately needed to provide extra support for finance, health, education, accommodation, household goods and employment etc. He discussed this with Mr Barry Stafford from The Barry Maney Group, who suggested a networking lunch that could bring businesses and organisations together to network, listen to a key-note speaker and raise funds.

Since 2012, 1147 local people, including children, have been assisted with the funds raised at the bi-annual Support Homeless People Luncheon. Businesses and the community have come together to raise over $340,000 for people who experience homelessness in the Limestone Coast. Mr McCall has hosted and spoken at various high-profile functions, including Allan Border Medal and AFL Hall of Fame dinners, Olympic receptions, racing occasions from Flemington to Birdsville and

Test Match Rugby functions to deliver touching and compelling tributes, with a passion for sport as a commentator and poet.

“I have done some work with people experiencing homelessness in Brisbane in recent years ... so

I have a great appreciation for the difference the Limestone Coast business community has been making with the Support Homeless People Luncheon,” he said.

Media coverage: In the press

Click the following link for the SHPL 2020 final brochure On 13th April 2018, a sell out crowd of 500 business and community members raised $125,000 at lunch. The luncheon was again held at The Barn Palais, with key note speaker Mr Tim Guest. A video was shown of three people who had experienced homelessness and had been helped by ac.care talking to three business owners who support the work of ac.care. The committee was joined by Astyn Reid from Kinship Productions.

On 8th April 2016 the luncheon was again held at The Barn Palais, with key note speaker Mr Glenn Cooper AM, Chairman and Ambassador Coopers’ Brewery. Shannon, a young woman who has experienced homelessness also spoke. The committee was increased with Di In from Di Monty Training Solutions joining.

In 2014 another lunch was organised by the same committee, this time renamed to “Support Homeless People Luncheon”.

The interest had grown so much that the Luncheon was moved to The Barn Palais to accommodate the extra numbers. The key note speaker was Mr David Brand, Chairman and Managing Director New Forests Ltd. A young woman, Ellen, who had experienced homelessness also spoke.

This inaugural event was held in the City Hall and the guest speaker was Mr Stephen Gerlach AM, Chancellor of Flinders University and Chairman of Foodbank SA.