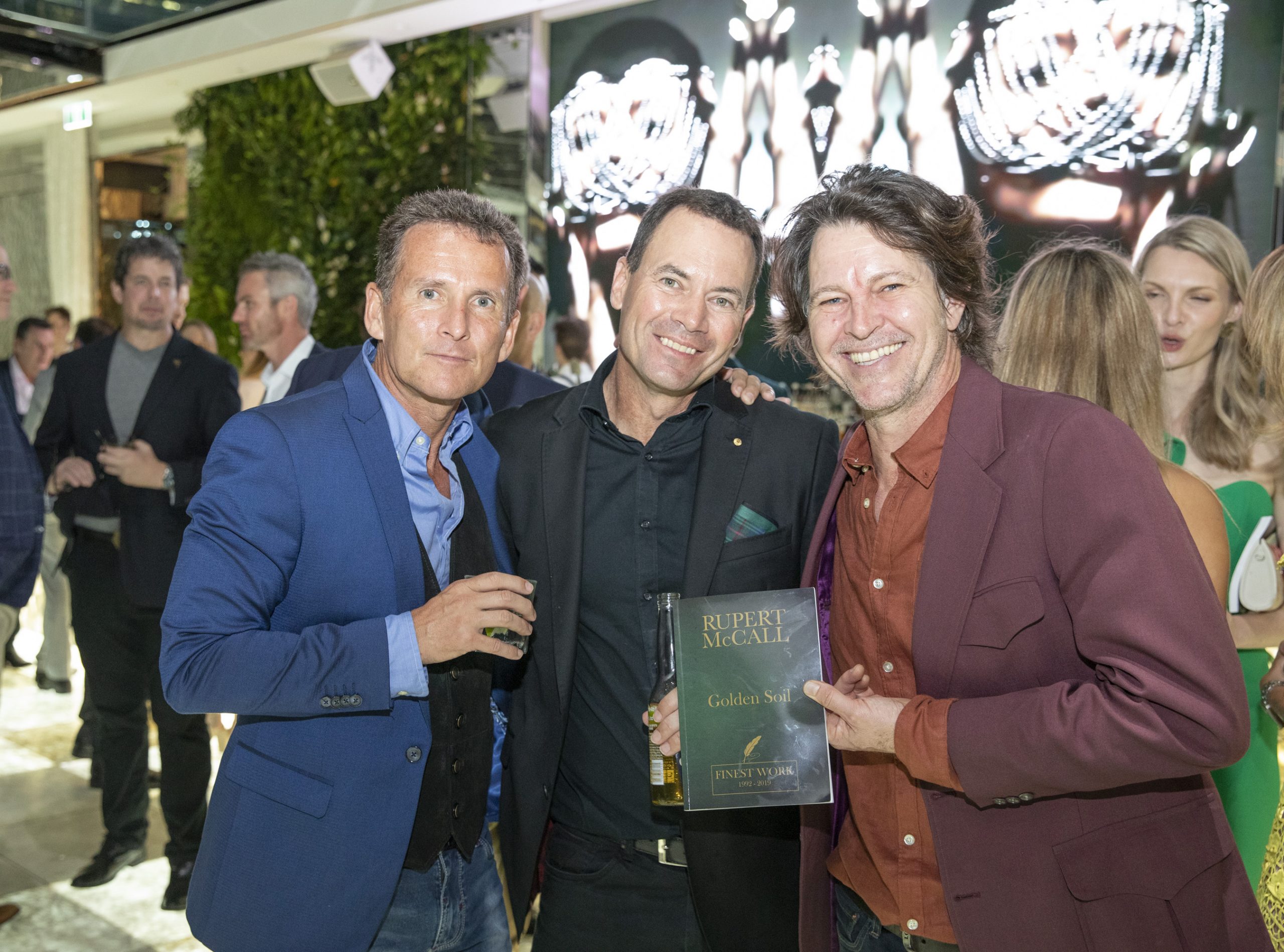 CELEBRATED Australian and internationally recognised poet Rupert McCall OAM will visit Mount Gambier to perform the role of emcee for the 2020 Support Homeless People Luncheon on Friday, April 3, at The Barn Palais.

The Brisbane-based poet recently launched his much anticipated “best of” anthology, Golden Soil, which marks his 25th year as one of the nation’s leading poets, who has been honoured with addressing crowds from Anzac Cove at Gallipoli to Ground Zero for the New York Fire Department.
One of the attendees at Mr McCall’s book launch in December last year was Liam Flaherty, Captain of Rescue 2, the most revered station in New York’s iconic Fire Department.
Captain Flaherty said when he first heard Mr McCall’s critically acclaimed tribute, A Firefighter’s Dream, written in response to the tragic events of 9/11, he was blown away and determined to meet the poet.
“I basically told him that in the nine years since 9/11, I had heard speeches, songs, poems and sermons from poets, priests and politicians alike, but this poem was head and shoulders above,” Captain Flaherty said.
Mr McCall wrote the poem at the request of Australian firefighters travelling for the Tour of Duty Charity Run in the USA in 2010.
There was a big send-off in Sydney, where he recited A Firefighter’s Dream for the Australian firefighters, with former prime minister John Howard attending in his role as patron.
The poem was recorded and played at a function at the Australian Consulate in Los Angeles before the run and was well received by the Americans.
Captain Flaherty subsequently rang Mr McCall, asking him to fly to New York 30 days later for the 9/11 Ceremony at Ground Zero.
“Of course I said yes,” Mr McCall said.
He delivered the poem on the night of 9/11 in 2011 during a sunset ceremony at the site of the World Trade Centre.
“He stunned a crowd of thousands when he recited those magical words on the very ground where so many of my brothers were lost,” Captain Flaherty said.
“There wasn’t a dry eye on the street that night and it remains one of the most powerful moments I have ever experienced.”
Support Homeless People Luncheon chairman Barry Stafford said the committee was excited to be able to bring the renowned poet to Mount Gambier for the event through a local connection.
Q Advertising Public Relations director Peppi Bueti lived in Mount Gambier during his formative years.
He now lives and works on the Sunshine Coast of Queensland, but still makes regular visits to the Limestone Coast to catch-up with family and friends and maintain his connection to his hometown.
“I’ve known Rupert for well over a decade and I’ve seen him perform at a number of major events in Australia and overseas and I was also fortunate to be engaged to undertake the communications for his recent book launch,” he said.
“I’ve always wanted to bring Rupert back home to perform in Mount Gambier and when I suggested it to Barry, he was very keen as he knew Rupert would help take the event to the next level.
“We have a table booked at the lunch and I’ll be there to see Rupert perform his magic to a massive crowd, while also supporting such an important cause.”
Mr Stafford said the luncheon was “all about relationships and how we can help others”.
“It’s through relationships that we can bring the speakers to town and it is through relationships that we can find local solutions to societal issues too,” he said.
Golden Soil features many of Mr McCall’s finest works spanning 27 years, including his renowned masterpiece Green and Gold Malaria, along with odes to Roger Federer, Rod Laver, Steve Irwin, Winx, Shane Warne, Black Caviar, the Wallabies and the Melbourne Cup.
There are also tributes to the soldiers of Afghanistan and another piece commissioned by the Australian War Memorial for the Anzac Centenary.
“In my conversations with Barry, I am learning about the challenges that people can face in country towns when they are experiencing homelessness,” Mr McCall said.
“I have been impressed by the success of the Support Homeless People Luncheon and how the business community comes together to support a local charity.
“The fact the funds raised remain in the town to directly help local people makes this event even more special.
“I’m really looking forward to meeting people and hearing from a young woman speaking about her experiences and how ac.care has supported her.”
Raised in Redcliffe, Queensland, the father of four children gave up his profession as a solicitor to pursue a career in poetry which, he says, was ignited when introduced to the words of Banjo Patterson in Grade 5.
For more than 25 years, Mr McCall’s tributes to special events and occasions have become highly sought-after and treasured for the indelible mark they’ve left on audiences everywhere.
He is the author of six anthologies of verse that have collectively sold over 120,000 copies and has been a regular on radio and television, ranging from hosting roles for Channel 7’s The Great South East, 4BC’s Sports Today program and Channel 9’s Weekend Extra. He was also a commentator with CH10 at the Rugby World Cup in France in 2007.
Copies of the anthology can be purchased direct from his website www.rupertmccall.com.au
Limited tickets for the 2020 Support Homeless People Luncheon are available by contacting Barry Stafford at the Barry Maney Group on 8721 3400.