THREE young siblings welcomed into a country South Australian family last year are looking forward to everything about celebrating Christmas in the stability, safety and care of their foster home this December. Kylie and Will decided they had space in their hearts and home to support vulnerable children in their region despite already being parents of four children.

HAVING two young girls of their own has not held Kate and Jeremy Thomas back from welcoming more than 20 children into their home over three years as foster carers. The Mount Gambier couple decided they had enough love to share to support some of the most vulnerable children in the region. They opened their hearts and home as foster carers with regional agency ac.care after becoming aware of the need for more family-based placements in the Limestone Coast to protect the safety and wellbeing of children in state care.

AFTER retiring from the police force, Deb and Peter decided they still had more to give to society and became foster carers with ac.care. They have found opening their hearts and home to vulnerable young people rewarding and urged other caring adults to "share the load" and join the network of foster carers across regional South Australia.

BECOMING a foster carer has allowed single Riverland woman Lauren to build a loving family around her while providing a safe and nurturing home for vulnerable children. Three children – aged fourteen, eight and seven months – are in her long-term care and others continue to visit for short-term placements while awaiting longer-term arrangements with biological family members or other carers.

VULNERABLE children in need of a safe and stable environment have been welcomed into the loving and nurturing homes of an inspiring mother and daughter duo in the Adelaide Hills. Tracy Upton and her daughter Holly Squire both became foster carers with regional agency ac.care three years ago. “Now that child is in our long-term guardianship with three of her siblings, so it’s been a really beautiful, happy story for us.”

KEEPING a group of five siblings together under one roof has been an extremely rewarding experience for foster carers Ben and Jess. The couple, aged in their 30s, from the Limestone Coast, have been foster carers with ac.care for seven years, caring for 25 children across respite, emergency, short and long-term care. They now have a sibling group of five children aged between two and nine in their long-term care as well as a baby in short term care.

FOUR sons might make for a full house for most people, but Mount Gambier couple Nicole and Ian decided more than six years ago they had love to share with more children in the Limestone Coast. As foster carers with ac.care, they have welcomed 16 children into their home for various periods of time. Now two young girls, aged four and 18 months, call their house a home and are in the couple’s long-term care.

THE network of ac.care foster carers in the Riverland continues to grow with a diverse range of people opening their hearts and homes to young people in need of safe homes and positive relationships. Home-based care provides opportunities for vulnerable young people to learn and develop and can be provided by couples and single people, from retirees to full-time workers, such as Berri woman Taryn.

First Christmas on the Limestone Coast

A ONE year old child unable to live with her biological parents will be surrounded by a loving foster family this Christmas as they share their first festive season together. Limestone Coast parents Brooke and Mark have extended their family of four boys, including four-year-old Harry, seven-year-old Charlie and two older sons of Mark’s, by welcoming the young girl. She was matched with the family through country agency ac.care, which was seeking a safe and nurturing home environment for the child under a long-term arrangement.

“Nana Barbie” opens heart and home to more than 100 children

MORE than 100 children have benefited from the care provided in the safe and nurturing home of Mount Gambier woman Barb Sinclair. “It is a hard calling, but it's worth every hour, it really is for the love of a child and to offer them a better chance at life.”

MURRAYLANDS woman Hieke decided over a decade ago her mission in retirement would be to nurture infants in her home. Today, her walls are adorned with the faces of close to 40 babies she has cared for, providing a safe and stable environment. “It has enriched my life and the 12 years I have volunteered as a foster carer has been a great journey – you learn something new from every child.” 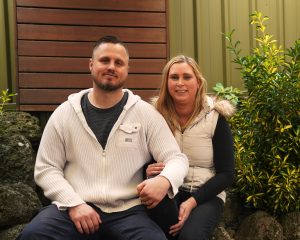 THREE young siblings welcomed into a country South Australian family last year are looking forward to everything about celebrating Christmas in the stability, safety and care of their foster home… 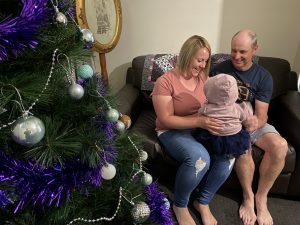 First Christmas on the Limestone Coast 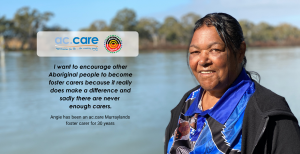 30 years of care and connection to culture

WHEN baby Eddie needed a safe home thirty years ago, his Aunty Angie decided to take him in. Three decades on, her door has remained open to vulnerable young people…

At the SA Media Awards in Adelaide, Mr Thompson won in the Best Coverage of Youth Affairs category for his story Foster Carer's Perspective.

Mr Thompson said it was an honour to win the category for a story he believed needed to be told. In the 5 minute video 16-year-old Anna* interviews her foster parents, taking the opportunity to ask them some probing questions.

More on the story here. The original interview of Anna and her parents is on this link