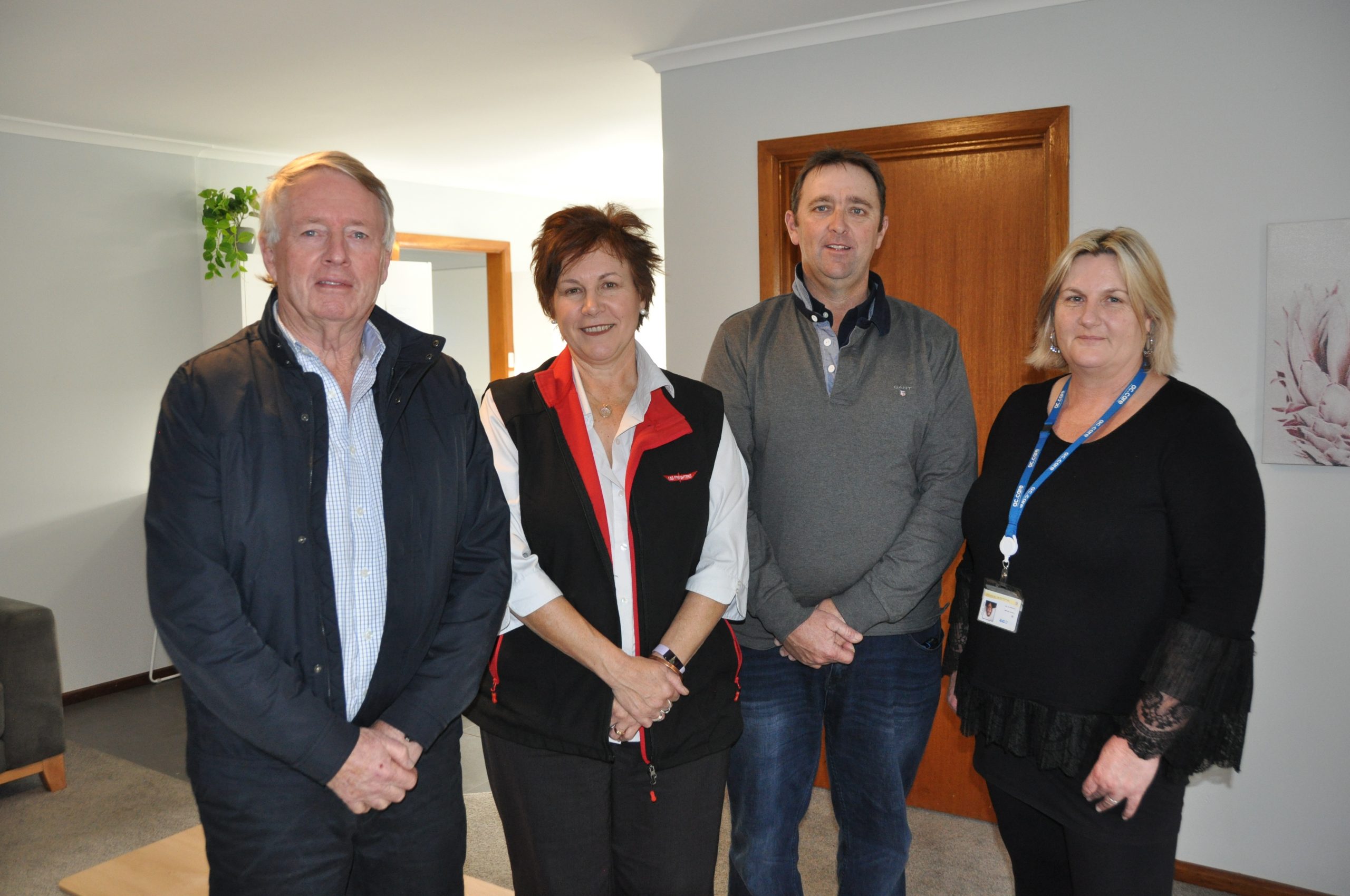 FIFTY adults, many with children, may have been left with nowhere safe to sleep in Mount Gambier last financial year if funds provided by a major Limestone Coast event were not available for ac.care’s emergency accommodation.

The Mount Gambier Family Truck Show committee has allocated funds from the event each year to ac.care and is planning to step up the entertainment and resulting donation in November.

Initiated three years ago after former truck driver Adam Smith’s daughter Jaimee heard about the plight of children doing it tough in Mount Gambier in the lead-up to Christmas, the truck show not only supports the community, but delivers an exciting family day out.

Jaimee heard about challenges faced by families seeking assistance from her friend Mia, whose mother works at ac.care’s Mount Gambier Community Centre, where people grappling with homelessness, budgetary pressures and other challenges can seek help.

“It started from two kids talking about others going without at Christmas or facing struggles and from that we decided to organise the first convoy,” Mr Smith said.

“We organised the event in 14 days and had 87 trucks participate as a Christmas convoy for kids from Penola to Mount Gambier, leading to a collection of toys, which filled a room at ac.care - that was massive and it has only grown from there.”

The event has expanded, along with fundraising through the initiative, delivering $4500 to ac.care from the truck show gate takings.

Slattery Auctions recently contributed an additional $3500 after hosting an auction at last year’s truck show, while the Lions Club of Mount Gambier also provided an additional $1000 from funds it raised at the event.

Other charities have also benefited from the $14,000 generated at the 2018 event, with ac.care volunteers collecting the gate entry charge of a gold coin donation.

The funds donated to ac.care help cover running costs of a furnished unit in central Mount Gambier, which was used for 200 nights last financial year to provide emergency accommodation for 50 adults and 40 children.

“Annual donations from the truck show have allowed us to retain the unit, which is vital as options for emergency accommodation in Mount Gambier are increasingly scarce – we just wouldn’t be able to manage the costs of maintaining the property, including electricity, without the event,” Ms Pulleine said.

She said the support of the property owner, who leases the unit to ac.care, was also vital.

“We would really struggle to find accommodation for people at short notice if we didn’t have this unit.”

Ms Pulleine explained people seeking help at the community centre on Ferrers Street were offered the unit for crisis accommodation, sometimes overnight and at times for weeks, depending on their situation, while they secured more sustainable options.

“People not only have somewhere safe to sleep that night when they may not have had anywhere else to go, but a homely and comfortable space where they can reflect on their situation and we can help them find a way forward,” she said.

“You can tell how grateful people are for the unit, especially people with children, due to how well they take care of it.”

Mount Gambier Family Truck Show chairman Peter Burchell said the committee of business people behind the event was glad to see the impact the proceeds had on helping people in need.

“The trucking industry, including forestry businesses, get behind the event and it is great to see funds go to something where there is clearly a community need and to see it is making a difference,” he said.

With preparations under way for the 2019 event, committee member Michelle Nicholls said participating truck numbers had grown to well over 100 with drivers arriving from Adelaide and Melbourne to be part of past events.

This year, the expanded truck show will include motorsport displays, free activities for children, such as laser tag, giant games, a sandpit, miniature train rides and a visit from Santa, hall and market displays, emergency vehicles and interactive items, including a log forwarder simulator and fire fighting appliances.

Monster truck rides may also return after being popular at the 2018 event.

“The concept is virtually anything with a motor can go in the event, such as street machines and sporting vehicles and the forestry log forwarder competition may be back,” she said.

“Once families walk through the gates they can have a day packed with free activities.”

An historic photography display will also feature this year, along with vintage vehicles and initiatives aimed at encouraging youths to explore careers in trucking and forestry.

“It is not just about entertaining kids, but inspiring youths about careers because many industries are struggling to recruit,” Ms Nicholls said.

She said the event could not function without the support of various community groups and service clubs.