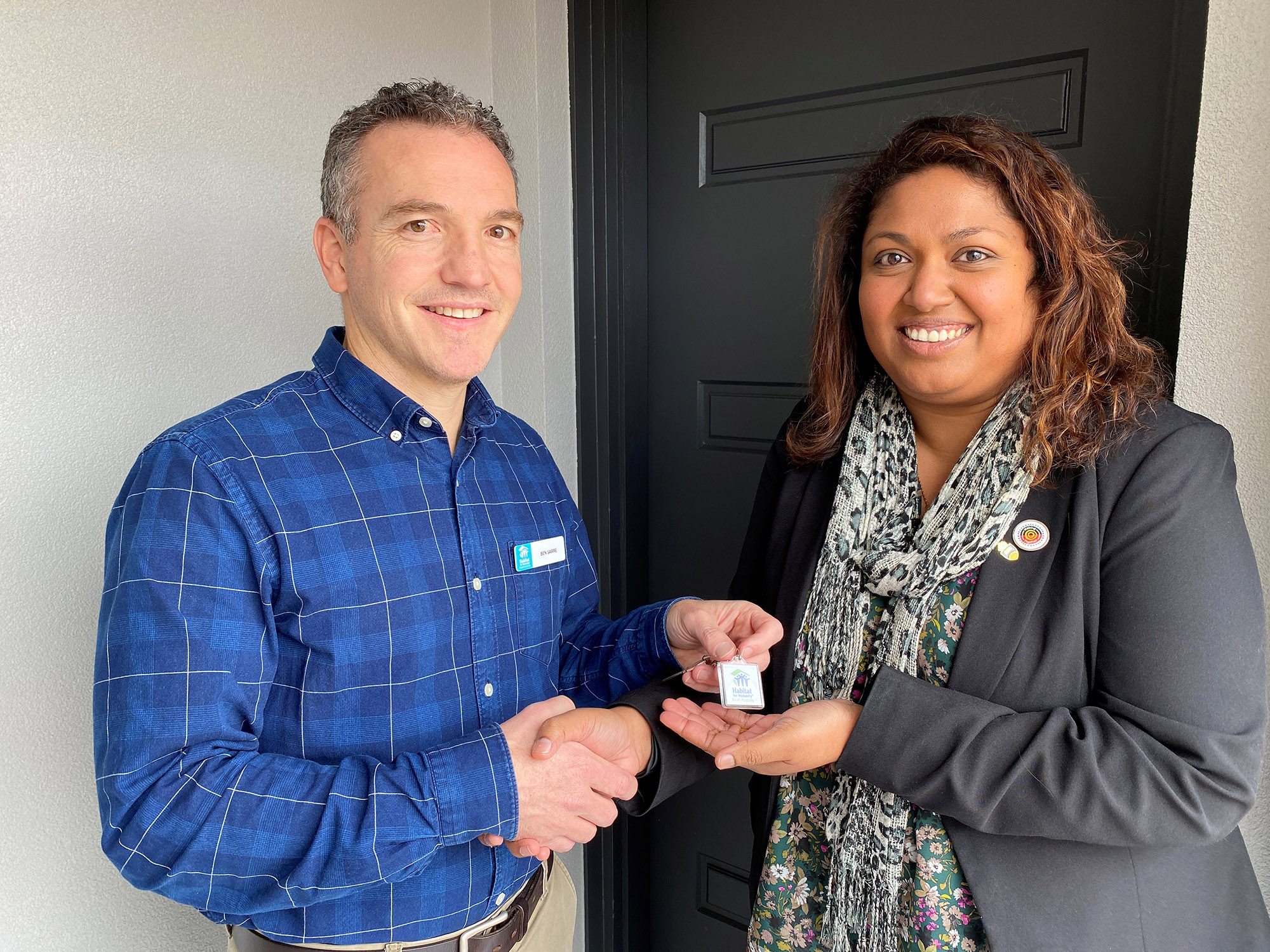 FOUR young people at risk of homelessness have somewhere safe to live and be supported in Murray Bridge after a community building project vision became a reality on Thursday.

Supporters of ac.care’s Studio Purpose gathered at the Murray Bridge site as Habitat for Humanity South Australia celebrated the completion of construction of the homes with suppliers, volunteers and donors.

Habitat for Humanity has worked with the Murray Bridge construction sector over the past year to oversee conversion of a disused South Australian Housing Authority duplex into four apartments.

It is the culmination of a five year project after ac.care identified the need for purpose-built accommodation and support for youth at risk of homelessness in the region due to a lack of affordable housing.

More than 50 people gathered at the site last week for a COVID-Safe celebration as the construction phase came to an end and the apartments were handed over by Habitat to Humanity to property manager AnglicareSA.

Ngarrindjeri and Kokatha man Harley Hall opened the event with a traditional smoke cleansing ceremony to “bring positive energy to the homes from the land and ancestors of the area”.

“One of the things we love about this project is the strong sense of local community - local people and organisations who care deeply about their community made construction of Studio Purpose possible,” Mr Sarre said.

Habitat for Humanity raised $145,000 to fund construction of Studio Purpose.
This included contributions from local service clubs, community members and the South Australian Housing Authority, along with grant funding from Rural City of Murray Bridge.

Interstate and overseas supporters contributed $95,000, including foundations, trusts and grant providers, with $20,000 donated by a Sydney family. 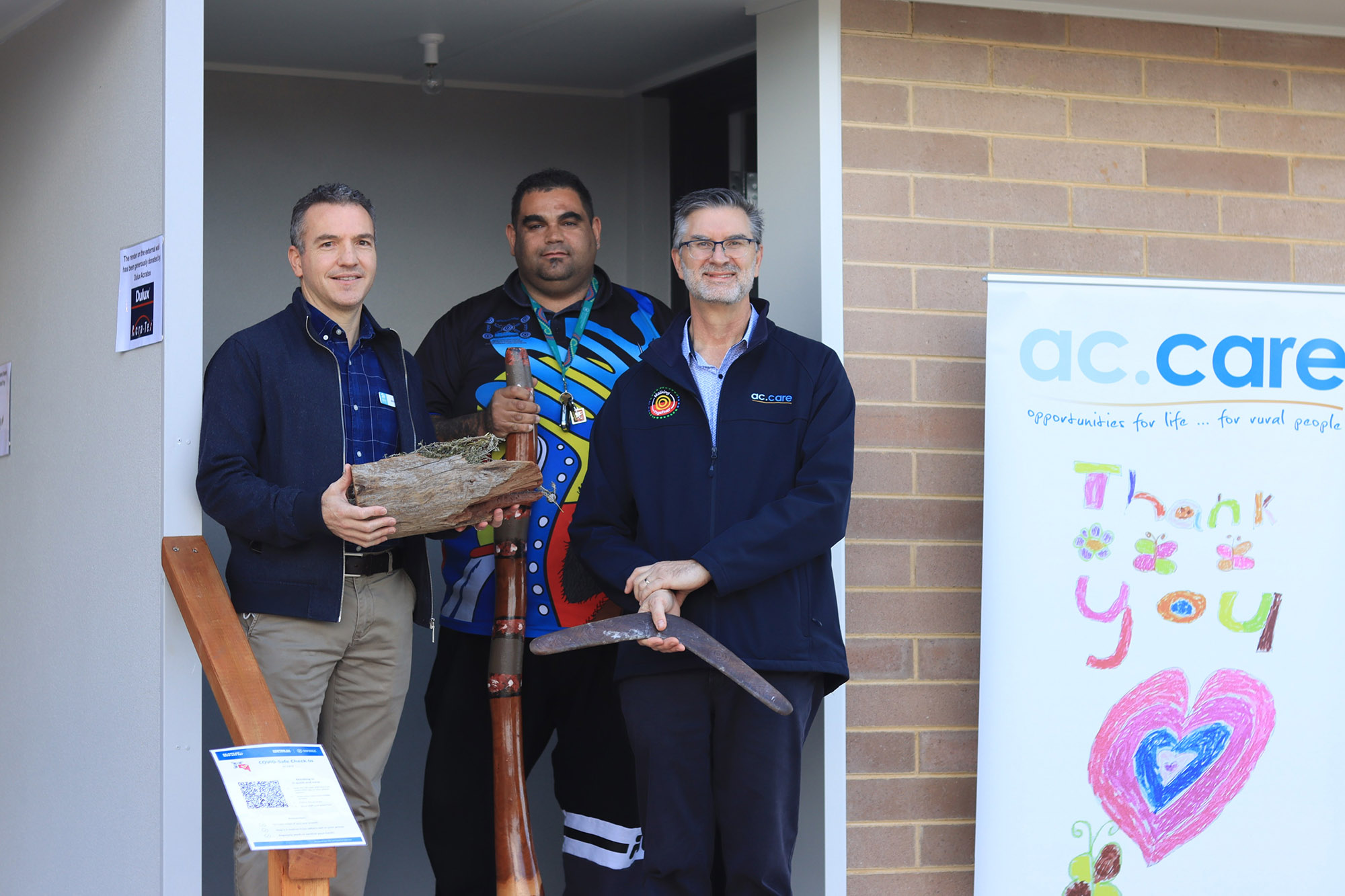 But while fundraising fell short of the $250,000 target, the project still proceeded thanks to support from local suppliers, the trades sector and other businesses, as well as long-term Habitat for Humanity construction partners.

“Together the diverse supporters made this project possible and allowed it to be delivered within the $145,000 raised, which was only possible because of the enormity of donated materials, trades and contractor support, together with volunteers, who are always the lifeblood of our construction work.”

Studio Purpose was built with labour from 78 volunteers contributing more than 2000 hours, with further off-site support from the broader Habitat team.

Member for Hammond Adrian Pederick addressed the opening on behalf of Human Services Minister Michelle Lensink, celebrating the innovation that secured the project.

“To think we have done what is probably an Australian first is fantastic after people looked outside the square and saw what is possible with the support of volunteers, funds raised locally and interstate and support from local trades and businesses,” he said.

“It is a wonderful example of many organisations working together to improve the outcomes for youth in the Murray Bridge and surrounding region and we look forward to project partners working with these young adults to help them establish skills and capabilities that will underpin outcomes related to long-term sustainable housing, education, training and employment.”

Volunteer Steve Bown, who managed the site from December to June after drafting original plans for the site said it was “always a buzz to do something that benefits someone else”.

“This build has been done during a difficult time – all trades are busy and materials are often in short supply – but the trades and products were available just when we needed them,” he said.

“Many young people will be given a new start through these four apartments and there is pride in volunteering with other local people, helping our community, which is the stuff that makes Murray Bridge such a great community.” 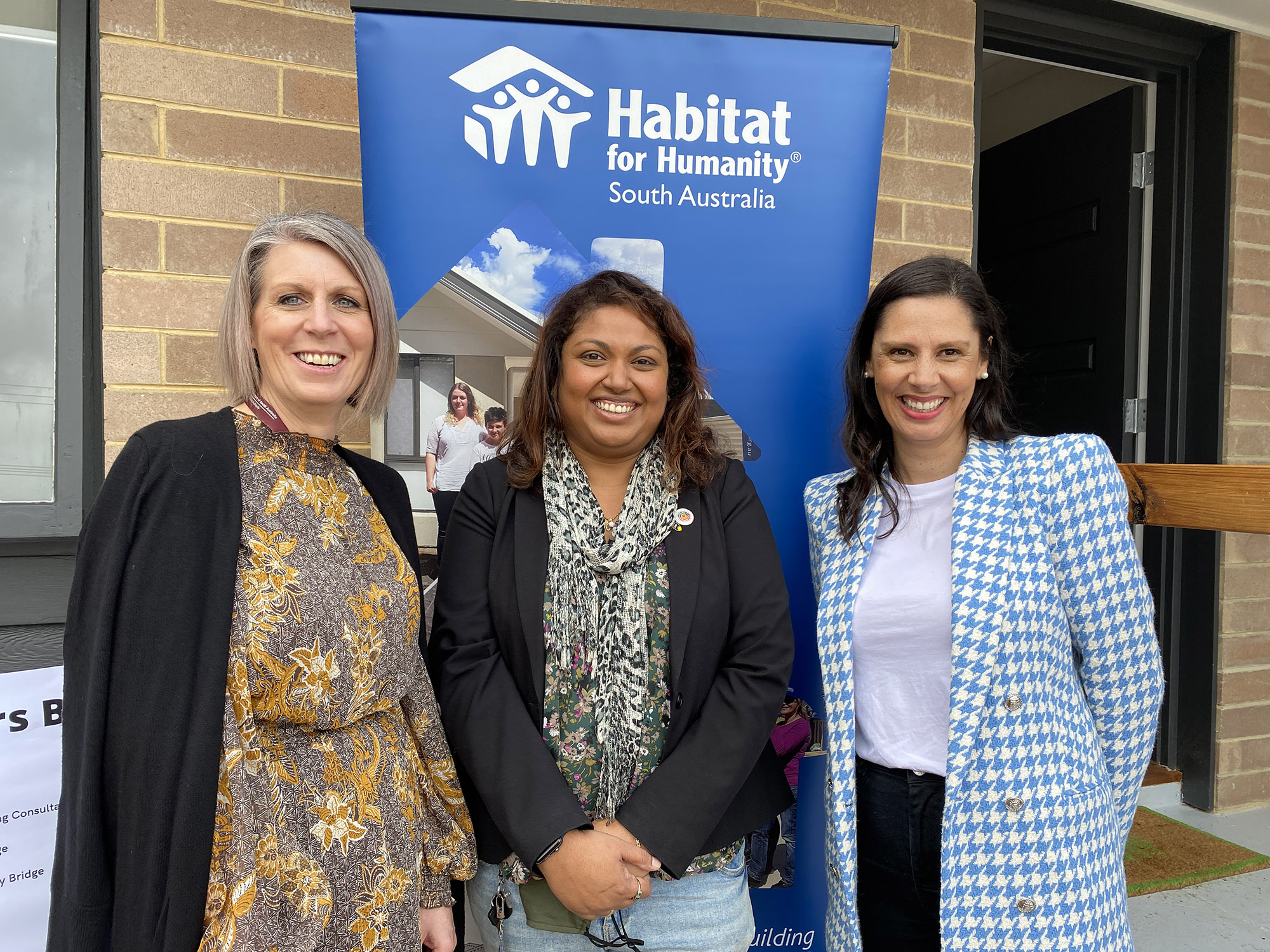 “She never gave up and from that day forward really worked hard to pull together the collaboration that has enabled this to happen,” he said.

“We can’t think of another project anything like this anywhere in Australia, but will claim this to be a first of its type in regional Australia at least.

“Murray Bridge is a really good community and this project can only come from that goodness – four young people will have an opportunity for safety and protection in a nice neighbourhood to get on with their lives and making these homes available will be a huge stepping stone.”

“For this community to deliver under budget and on time through a pandemic is miraculous and shows what can be achieved when a group of people come together with a common idea to provide hope for the future,” he said.

Mr Maddocks said the properties would provide safe homes so young people could remain in the community, rather than having to move to Adelaide to seek housing.

“To be able to create homes for four young people to settle, learn, connect to employment or education and stay in and contribute to this community is fantastic,” he said.

“The next stage of work is about to start for us and this is a real turning point, because the homes were needed and now we will work with headspace and other organisations to welcome four young people and help them make these apartments their homes and support them to build a brighter future supported by our staff, other agencies and the broader community.

“We will encourage young people to make these apartments their homes – places to be safe, warm, out of the weather and where they can start to build their future from a safe place to live.”

Mr Sarre and Mr Maddocks said the two organisations hoped to continue to work together with the community to deliver further housing initiatives in Murray Bridge.

Keep up to date with the project via ac.care’s Facebook page or by visiting www.accare.org.au/studiopurpose/